The limited edition is based on the Cup Trophee spec, and comes in unique sporty colour combo of pearl white with black roof. It also comes with celebratory number plate – ours will have N*15 plus anniversary stickering. 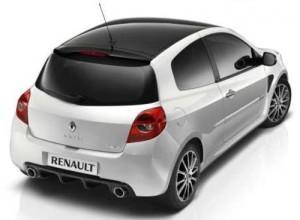 The Clio RS 200 comes equipped with;