NRMA says Holden Captiva is cheapest car to own

Written by Col Crawford on July 6, 2010. Posted in Holden

Car ownership entails much more than just your initial purchase price – so we are very pleased to announce that the Holden Captiva SX Manual has been indentified by the NRMA as the cheapest car to own in its segment.

Taking into a number of factors including purchase price, insurance, fuel and maintainence the Holden Captiva came out on top of the running cost calculator for medium SUV’s.

This award follows the recent RACV 2010 drive your Dollars survey which indentified Holden Commodore and Captiva models as the most affordable to own and operate in their segments. 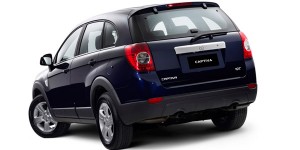