From 2011, Renault will progressively roll out four electric vehicles, these vehicles will be rolled out initially in the Northern Hemisphere, with Renault yet to confirm an Australian roll-out, but commentators expect it to be in early 2012.

First out of the stable will be a variation of the electric family car, the Fluence, and will initially be available in Israel and Europe. Up next, is an electric version of the ever popular Kangoo express, and is intended for fleet and business use.

The range will then be extended, with 2 vehicles designed from scratch as electric vehicles. Derived from the Twizy Z.E. Concept, the third vehicle from the range will be a target for those requiring urban mobility. The fourth vehicle, which takes it inspiration from Zoe Z.E. Concept, will go on sale at the beginning of 2012 and will be a multi-purpose daily driver for built-up areas.

These four vehicles will cover a range of end users and uses but all one thing in common, they will be entering a new era of zero-emission mobility. 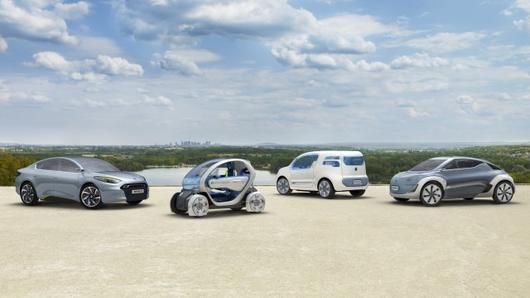